Arvixe offers fully managed VPS plans that come installed with latest software. Their VPS is automatically provisioned and offer great stability and performance. They use Hyper-V technology to virtualize their servers which has some clear advantages over Virtuozzo that most other providers use, especially when it comes to Windows based hosting. 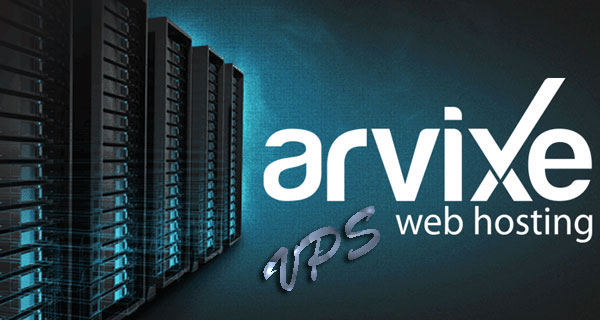 Hosting over 200 thousand domains, Arvixe is on a constant growth path ever since they started out in 2003. They have often made it to the Inc. 500 list of the fastest growing private companies in the US. Most of their customers comprise individuals, developers and small to mid-sized businesses. Apart from offering high speed servers with unmatched reliability, they are also known to be guided by high business ethics. In an industry where price tags ending with .99, .95, etc. have become so common, they still prefer to stay away from these gimmicks and instead price their plans in whole numbers.

The high performance plans from Arvixe come with a free domain and free SSL certificates. Linux VPS comes with CentOS operating system, cPanel and the popular autoinstall script, Softaculous; whereas Windows VPS comes with Windows 2012 operating system and WebSitePanel. You also get to choose the server location of your VPS between US and Europe.

There are 2 plans under this category. The starting plan is named VPSClass. It is priced at $40 per month and here’s what you get with it:

The higher plan is named VPSClass Pro and is priced at $70 per month; wherein you’ll get:

The VPSClass ASP plan, priced at $60 per month, gives you:

The other plan, VPSClass ASP Pro, is priced at $100 per month and comes with:

As you can see, data transfer or bandwidth usage under all the plans is unlimited. All of them are fully managed and will give you full root access.

Addons are available for memory and dedicated IP address. Additional 1 GB of memory would cost you $20 per month whereas an additional IP would cost $2 per month. You can also replace the standard disk with SSD drive to give that extra boost to your VPS for an additional $10 per month.

Arvixe has multiple datacenters located across US (New Jersey, Chicago, Dallas) and Europe (Amsterdam). They’ll soon have a datacenter in Asia (Singapore) as well, which is expected by the second quarter of 2014. Their US datacenters are SAS 70 Type II certified which means that they have adequate internal control and safeguard measures in place.

Power outage in a datacenter can bring down all the sites hosted on the servers it houses. So, to guard against such eventualities, Arvixe datacenters have redundant power supply to fall back on. Power to the servers flows through the UPS systems and they also have back generators in place that automatically kick in when the normal power supply fails. The datacenter buildings are air conditioned and well ventilated.

Arvixe has one of the best network infrastructures in the industry. They have partnered with some of the most reputed Tier 1 bandwidth providers like NTT, AT&T, Level 3, Savvis, AboveNet, Global Crossing and Time Warner Telecom. Bandwidth bottlenecks are removed, latency lowered and speed maximized by shortening the network path and bypassing the transit networks. The network is fully redundant and contains no point of failure.

Even the network monitoring capabilities are redundant. In addition to a local response center in each city, they have a centralized Network Operations Center (NOC) that has Cisco certified experts to respond to any kind of technical problem whatsoever. The NOC is capable of transferring its operations to another location in case of natural disasters and calamities.

All the datacenters are under the supervision of the NOC round the clock; speed and performance of the network are constantly analyzed by the NOC staff and optimized whenever required. If a connection in any of the datacenters becomes unavailable due to any reason, the traffic is automatically routed to other connection and there is no loss of service.

One of the very basic things the performance of your VPS depends upon is the hardware configuration of the machine, and the Arvixe folks won’t let you down on this either. Their servers run on Intel Xeon E5620 processors with RAM size ranging from 92 GB to 256 GB. SSD drive with 15k RPM ensures higher speed and also guards against hardware failure since data is placed across multiple drives instead of a single, local disk. Further, each VPS server comes ready with Cloudfare CDN, making your site load with lightning speed.

The virtual compartmentalization of the physical server machine is completely segregated using state of the art Hyper-V technology; so, there is no question of security or performance of your account being affected by other VPS users on the same machine.

So, what are the major benefits that you get when you select Arvixe as your webhost? Here are some of them worth mentioning:

They have one of the knowledgeable technical support in the industry that is at your help 24×7. You can reach the support team through phone, email, ticket submission and online chat. You can also browse through their knowledgebase as well as seek help on the discussion board.

If you are moving from some other webhost, they will also help you with free website transfer without charging anything. Also, for existing customers, they offer a whopping discount of straight 50% for life on additional orders.

Arvixe hosting comes with 99.9% uptime guarantee. The guarantee here means that whenever the company fails to meet this commitment, you can ask for a refund of the hosting fee for that month.

You are also covered by a money back guarantee for the initial 60 days, which I believe is a period good enough to test and judge the service. If you are not satisfied with their services and want to go for cancellation within this period of 60 days, you can claim a full refund without having to mention any reason.

And the Flip Side?

Though their customer support is knowledgeable, fast and responsive, sometimes during peak hours, it may really take quite long to reach them on phone.

They are known for their extremely affordable shared hosting packages. But when it comes to VPS, though it is reasonably priced, it does not turn out to be as tempting as their shared hosting plans.

There are certain freebies like SSL certificate, multiple IPs, etc. that come with your VPS plan. Though they don’t charge you extra for them, yet it does not require an Einstein to make out that these freebies must have found consideration in the pricing of the product like any prudent business would do. Thus, if these are something that you don’t need, even then you are indirectly ending up paying for them.

The all-inclusive VPS from Arvixe makes you ready to go almost instantly; be it a domain name, SSL certificate, user-friendly control panel, auto-install script, HTML editor, or anything else you need to get your project off the ground, you will find it right there. Add to it factors like highly optimized servers, fully redundant network, Cloudfare CDN, consistent performance and high business ethics, no surprise they make it to our list of highly recommended webhosts. A big YES, guys; go for it! 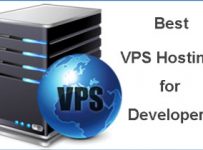 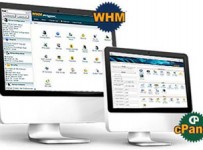 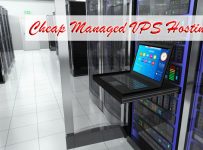